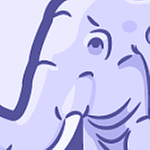 I know it is possible to see shipment count by user but I was hoping Shipstation could take it a little further. I would like to know the total revenue for the shipment count by user. Trying to make it competitive in my workplace and we thought about giving out a bonus for total shipments but this just isn't fair with the differences in total pieces per order. It would be nice to know the total revenue shipped out per user. Just an idea and I wouldn't believe it to be too hard to implement but I also have no idea. I just get ship done. Thank You!