Failed Postage should not be included in the Pick List! 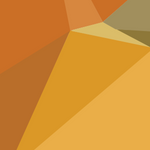 I had a suggestion about when a postage label fails to print due to an error. When the label fails, we get a notification in the label queue that says "8 completed 2 failed" with the option to download the labels and the pick list. Please see the image attached.

I noticed that the pick list includes the units belonging to the 2 failed orders. I wanted to ask if this was mandatory and standard for the failed postage, essentially the orders that were not paid for or processed due to an issue, to be included on the pick list of products that need to be picked and packed and removed from the inventory file?

Is there a way to exclude items from the pick list if they failed to be processed? That way, when they are fixed and retried, it should generate another pick list with only the units from those two orders only?

When I fixed and retried the 2 failures, they were successfully processed, and ShipStation generated a new packing list for these two orders only. If I wasn't paying attention, I would have removed extra units from our inventory file since these units were already included in the original pick list from the 8/10 successful orders and removed then.

I reached out to ShipStation support, who confirmed that there is no way to exclude failed postage from the pick list and suggested that I post the topic here for the developers to see.