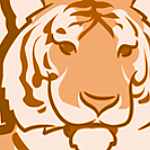 I tried the new interface when it just came out, it was awful in terms of the appearance but, more importantly, in terms of the functionality. There were many bugs, too many to list. I switched back and waited patiently for the updates while using the old interface without major issues. Now, since the email that they would force us to switch, I had to try the new interface again, and let me tell you... I don't see major updates since I have first seen it two ago. From the color scheme and fonts to the buggy interface I hate everything about it!!! I would be switching to anything BUT SHIPSTATION if they force me to use this crap! This is insane.

Example of bugs: I was trying to re-ship the order (sometimes we re-ship orders when there is an issue with the original shipment). Instead of giving me the ability to create a new shipment, it created a new order in the system with the same number that I can't delete now. Also, the interface was showing me multiple pending shipments that I was not able to delete either, even though a label was not yet printed. So why not let delete something if it was created by mistake???? Especially when it's not coming from a marketplace and just created by accident in ShipStation...

@d-a-v-i-s, Looks like your comment has been edited and your statement about a delayed rollback is gone. Have you redacted this statement?  I still have a record in email, not sure if this was intentional or not, but here is a screengrab for those that are new to or following this thread.

@Moderator-Davis, Considering the forced rollout to V3 has been delayed, how does this affect the status of those that were already migrated? I've been chatting back and forth with a customer support manager for several weeks now and have yet to get a firm answer other than it is possible to roll back accounts but it requires special circumstances. Given that the ENTIRE software STILL doesn't function as intended, this seems to be a pretty special circumstance. No?

It has been 2 weeks past the estimated window I was given by a customer support manager about re-enabling advanced hotkeys... I have sent many lengthy responses to this particular customer service manager letting them know of the various issues and have yet to receive any feedback...

I will openly state we are evaluating other options for our fulfillment software. I STRONGLY suggest everyone that is following or that subbles upon this thread do the same. The way Shipstaiton is treating their customer is flat out wrong and this behavior should not be tolerated.

@d-a-v-i-s, I'm not sure if you have a direct line to a customer service rep, but I personally would greatly appreciate it if you wouldn't mind asking about what they intend on doing for those customers that are affected and yet forced to migrate. You certainly don't owe us anything, but we greatly appreciate your transparency. It's sad that YOU have to be the one transparent and not Shipstation... 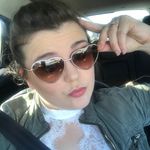 This comment was redacted by the author as the email referenced in the comment was in relation to a specific account whose migration has been delayed temporarily.

Just to reaffirm what we said in that thread, there are no plans to pause V3 migrations. If you are running into major issues or are unable to ship support, please continue to discuss with the support team directly.

I was able to look into the HotKeys situation, right now we have a proposed fix on the horizon. The fix is currently awaiting QA testing right now and once that has successfully passed it will be implemented. I do not have an ETA right now about when this should be completed as I know we are trying to be thorough during testing and implementation.

The estimates provided by our support team are estimates about the time it may take. While we work as fast as we possibly can to keep everyone shipping, sometimes there are internal factors that may cause us to take longer than expected. I do apologize for the lack of updates in this case and want to let you know I have shared this feedback.

@Manager-Erin, I appreciate the feedback, however, I do want to point out that as a nonenterprise customer, I was told multiple times that everyone was forced to migrate and that no customer could work out specific exceptions to this migration. If you read through this thread, you will find that pretty early on, we found that not to be the case and that migration is up to Shipstations discretion. While I (and a lot of other customers on here would also agree) understand the need to migrate to new platforms, forcing a migration when KNOWN issues are still present only hurts the customers not able to be in the "exclusive" tier.

Further, for those customers that this migration has impacted fairly drastically, being told that there is no solution when there clearly is, is NOT a great way to treat us. I started by asking for transparency, and updates, and lastly to speak with someone who was a decision maker at Sipstation so that I knew they were hearing the issues we were having. It wasn't until I had to reach out to employees on LinkedIn that conversations started to happen. Even now, it took weeks for you, a manager, to show up to this thread.

Again, I do appreciate the update on the hotkeys issue, and I understand things take time and ETAs are estimates, but canned responses of "you should reach out to support if you can not ship" is just laughable... The only "solution" I've been offered is to screen record my issues and ultimately deal with them until an update has been rolled out. IF enterprise accounts are able to delay their migration, then the ability to roll back accounts that have been migrated is still there, and for those customers experiencing legitimate issues, they should have been allowed to roll back.

I can not even begin to count the number of hours wasted trying to make this version work with our workflow, the emails, the documentation, and the conversations here. All while being a CUSTOMER, not an employee. That time is something I won't get back and time that I could have spent working on other areas of my business or paying my employees to do other work instead of dealing with slow and broken software.

To say I am upset and disappointed is an understatement. Be better Shipstation. 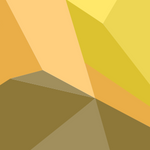 We reported that filters do not work over a month ago. A critical part of processing orders - in fact when you click 'features' on the shipstation home page, the first 'feature' is order management claiming "Gain complete control and insight into all of your orders at every stage..."

And yet filters do not work, and they have known about this for over and month and DONE NOTHING TO FIX IT. It remains as broken as it was over a month ago, and all we, you and everyone will get posting on this forum is worthless lip-service from community managers.

Find an alternative platform. They do not care.

There are problems that have been reported months ago that remain unfixed with no ETA and zero communication. Find and alternative platform and cancel your subscription - shipstation do not care about any of the problems they have forced upon paying customers. 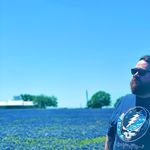 As soon as I had confirmation, I wanted to update you! We have rolled out a resolution for those r, w, and s, hotkeys! Thank you for your patience.

If you are still seeing strange behavior around these hotkeys, please reach out and let us know.

That's fantastic news. I'm just about to leave town for a week, but when I'm back, I'll do some testing to confirm it's working. Thank you.

Thank you for all of your comments and feedback on this topic. I have been given word that the issues with HotKeys have been resolved in the new layout. If you are still experiencing issues related to hotkeys please reach out to our support team to help with troubleshooting. 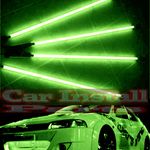 all my SKU import from amazon are Blank.... why what happened.. whats the fix. anyone?